Remembrances of a Remarkable Man

“Where have you gone, Mario Cuomo? A nation turns its lonely eyes to you.” In the midst of a raucous political year comes an important new book by the author of five highly-acclaimed Fordham Press anthologies on the powerful – and colorful – players in New York State’s civic and political life.

“Governor Mario Cuomo’s life and accomplishments are part of the public record, but in Mario Cuomo: Remembrances of a Remarkable Man, William O’Shaughnessy gives readers an exclusive and a deeply personal, behind-the-scenes look at the liberal Democratic icon. This poignant memoir, based on the author’s thirty-eight–year friendship with Governor Cuomo, portrays the spiritual journey of a man who played many roles: inspirational political leader, moral compass, spell-binding orator, gifted author, legal scholar, and loving father and grandfather. He was, in O’Shaughnessy’s words, one of the most articulate and graceful public men of the twentieth century.

Their connection was unlikely: O’Shaughnessy,a self-styled “Rockefeller Republican” and one of the best-known broadcasters in the nation, and Cuomo “a failed baseball player with too many vowels in his name” who rose from the back of a grocery store in Queens to become a lawyer and then governor with a devotion to the writings of St. Thomas More, the teachings of Jesuit philosopher-paleontologist Teilhard de Chardin, the vision of Abraham Lincoln and the ancient Hebrew concepts of Tzedakah and Tikkun Olam. Yet over the course of hundreds of radio interviews, letters, late night and early morning phone conversations –the governor and the Westchester broadcaster became fast friends.

Included in this riveting book are previously unpublished nuggets from Governor Cuomo’s soaring speeches, touching personal letters to his children and grandchildren, marvelous humorous asides, even the governor’s favorite romantic ballads and touching vignettes from his days in office. Among these reminiscences are also accounts of the drama leading up to Cuomo’s famous Democratic Convention speech and the still controversial Notre Dame talk on abortion and the Church-State dilemma faced by Roman Catholic office holders. Also why he resisted entreaties to run for president of the United States and declined appointment to the Supreme Court.Rounding out this beautiful book are candid photos from Cuomo’s official photographer.

As O’Shaughnessy writes of Mario Cuomo the philosopher-statesman, “The product of his genius and bright, fine mind will resonate long after the dust of centuries has fallen over our cities.” Much more than a simple memoir of a cherished friend, Mario Cuomo: Remembrances of a

Remarkable Man is a loving tribute to a magnificent political figure whose words and example continue to inform the conscience of our nation.” 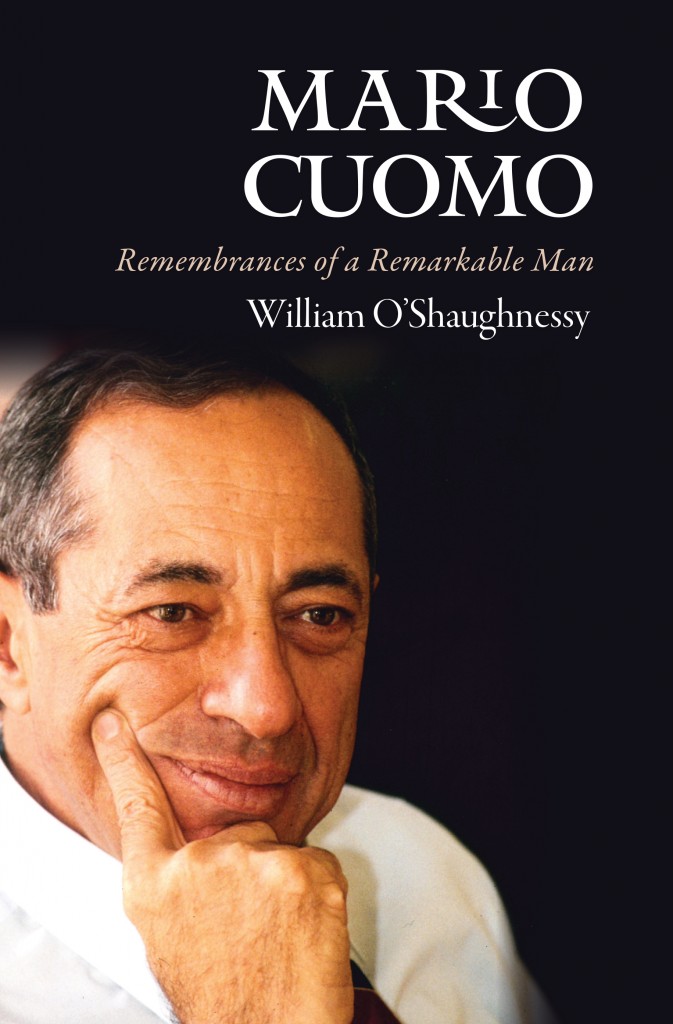 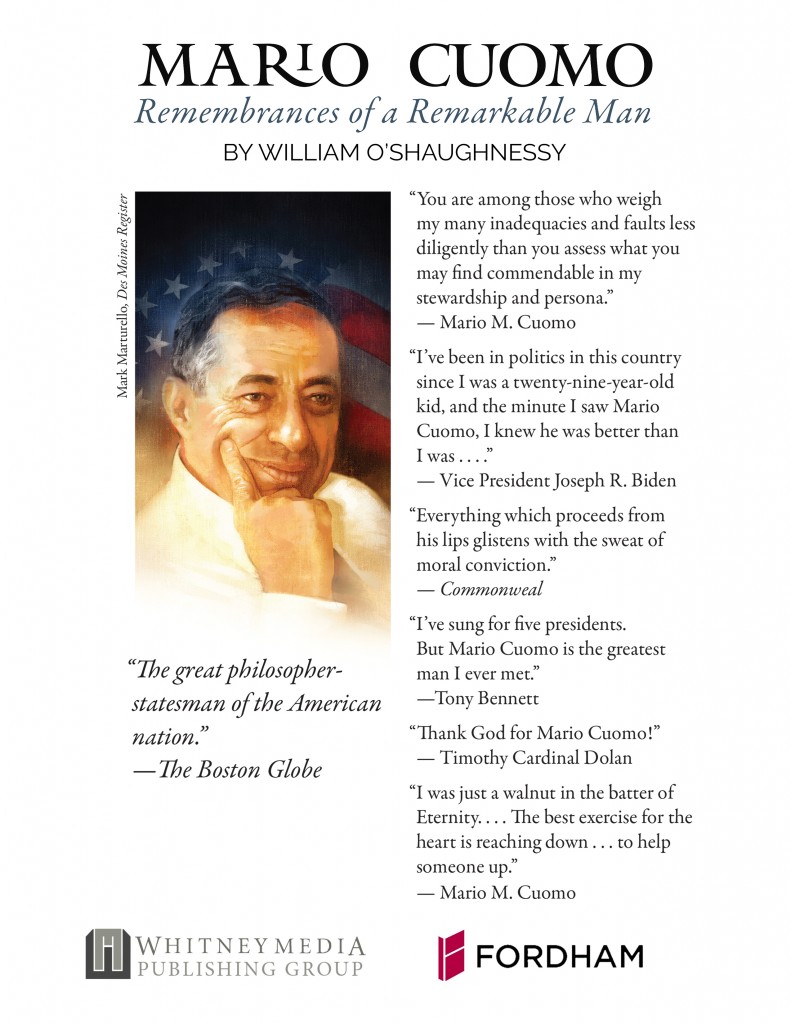 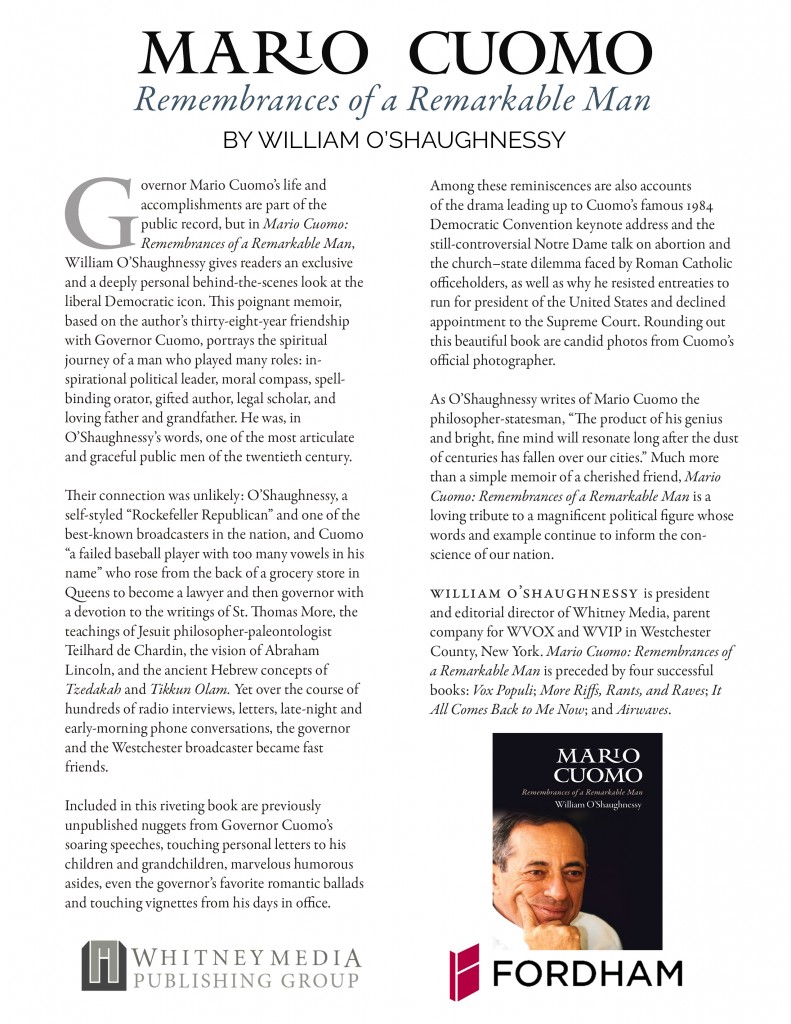 All proceeds from MARIO CUOMO:  Remembrances of a Remarkable Man will be divided among H.E.L.P USA, which provides transitional housing for the homeless founded by Governor Andrew M. Cuomo and headed by Maria Cuomo Cole … Mentoring USA, the international youth organization chaired by Matilda Raffa Cuomo … and the Broadcasters Foundation of America.

Airwaves: A Collection of Radio Editorials from the Golden Apple (Communications and Media Studies)

[columns]
[column size=”2/3″]AirWAVES!, a collection of more than thirty years of editorials and commentary given by William O’Shaughnessy, encompasses a wide spectrum of Westchester life, from politics to just plain citizens. O’Shaughnessy, hailed The Squire of Westchester, by former governor Mario Cuomo, brings together a retrospective for the Golden Apple, Westchester County, providing the reader with not only a slice of his articulate style and graceful persona, but also an historiography of events and happenings in and around the county.[/column]
[column size=”1/3″][/column]
[/columns]

[columns]
[column size=”2/3″]For this compelling and fascinating collection, O’Shaughnessy gathers interviews with everyone from Tony Bennett on the singer’s art to Ed Koch on the art of politics. Essays and talks from luminaries ranging from Henry Kissinger to Larry King, Rudolph Giuliani to Tim Russert and Dan Rather. There are moving pieces on the impact of September 11, vivid sketches of movers and shakers, and provocative, deeply felt calls for protecting freedoms of the First Amendment. And Mario Cuomo’s moving thoughts on how to restore justice and wisdom to America’s political culture.From color sketches of local pols to intimate conversations with great writers and artists, Again! Again! Is an endlessly fascinating portrait our time and place-marked as always by Bill O’Shaughnessy’s intelligence, insight, and eloquence.Bill O’Shaughnessy’s editorials make his New York TV counterparts look like so much mishmash. 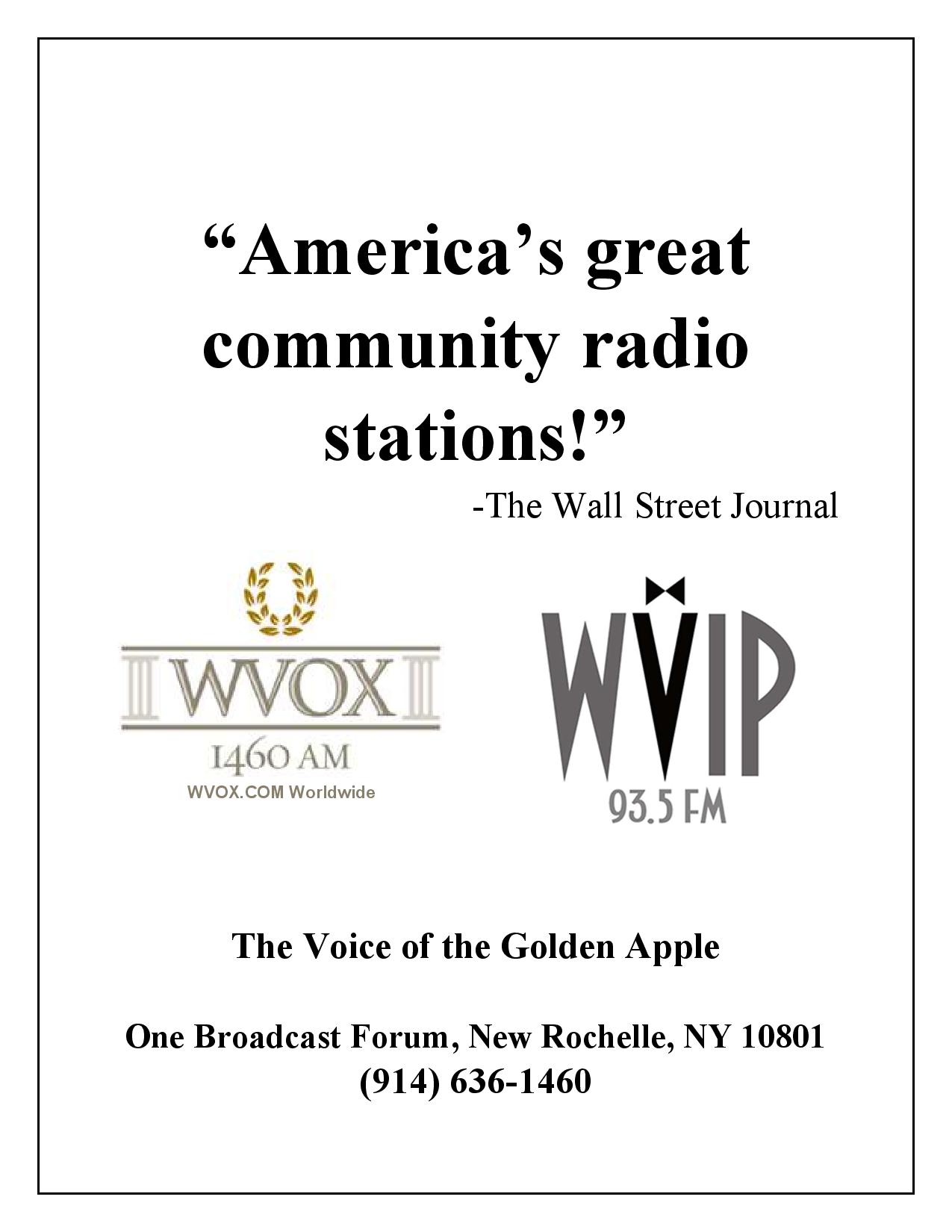 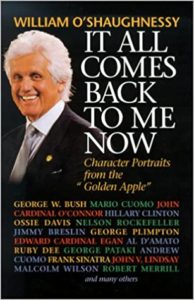